Happy fall! I hope this season is bringing you warmth and connection with family and friends. We’re excited to announce that we’ve been hard at work on, and will soon release a report titled “Pesticides and Climate Change: A Vicious Cycle.” We just published the Executive Summary in advance of the United Nations Climate Change Conference happening this week, please take a look!

The report details the bidirectional relationship of how pesticide use worsens climate change and how climate change impacts are projected to cause increased pesticide use. This creates a vicious cycle of pesticide dependency and worsening climate impacts that will persist unless we transition to safer, sustainable agricultural systems like agroecology. We anticipate releasing the full report in January – keep an eye out for an invite to a launch webinar where we’ll share findings of the report with supporters, partner organizations and policymakers.

Thank you for your support as always! 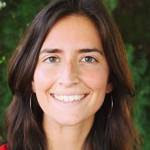